FauG team deathmatch mode is now available for early access but only for a few limited slots are available but you can download it right now to know how to stay in this article.

nCore Games earlier promised to launch their Fau-G multiplayer mode called team deathmatch TDM on 21 June they stayed for their promise and teased with early access of faug multiplayer mode, we thought it might get an update in the app but it’s a standalone app released in the play store.

Also Read: How Big Is A Minecraft Chunk | Amazing Minecraft Facts to Know

Bullets will fly when FAUG faces their Dushman in a deadly team battle with this quote ncore games tweeted launch Faux team deathmatch as an early access beta, the Slots are limited but you can try your luck here from the Play store, TDM mode is different from earlier FAUG story mode.

In the Team Deathmatch mode, you will fight with your teammates against other players. FAUG introduced a new map called a bazaar with an extreme touch of the Indian market. You can see their slogan on the wall called “Mask Pehno” and some other Indian Hindi Shop names.

Fau-G Multiplayer Team Deathmatch Mode Map – Bazaar is a very large map if we compare it to call of duty mobile TDM map or Battleground Mobile India TDM maps, This map will remind you of vintage counter strike nostalgia.

FAU-G Multiplayer Team Deathmatch Mode Weapons – finally ncore games put weapons in the game after the previous game mistake battle with only a fist, Now in this game, you can change or customize your loadout, Each Loadout has a Primary weapon and Secondary weapon, and two grenades.

In primary weapons, you can choose between:

In Secondary weapons, the list is very short, just only two.

FAU-G Multiplayer Team Deathmatch Mode Gameplay – So how’s the gameplay? Have we enjoyed Faug TDM Mode? Let’s find out, once you entered the match you joined with the other 4 teammates. It’s a 5v5 battle to achieve 40 kills before your opponent completes within a time limit of 10 minutes, pretty similar to CODM and BGMI you know how to achieve that target.

The game has also a Hindi callout when you kill first kill (“Pehla prahar aapke naam”) and when you double kill (“Double Dhamaka”) and more I’m sure those words put a smile on your face.

FAU-G Multiplayer Team Deathmatch Mode Controls – There is no surprise you have to disappoint again with the faug controls, Its a standard control and no customization, Firing is set to auto but you can choose to manual as well. Gunplay is not as smooth as other games.

nCore Games has launched the FAU-G Early access version in the play store if you’re lucky you can try downloading by visiting Google Play Store, And those who are not lucky enough can download Fau-G Multiplayer Team Deathmatch Mode APK and OBB file from Google Drive.

The fau-G multiplayer game size is around 300 MB from the play store and takes up to 430 MB after installing. 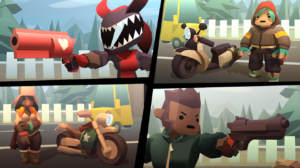 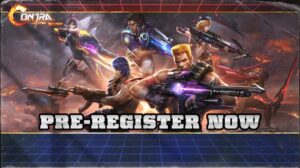