If you’re bored with your regular Android TV Interface and want some better brand new Google TV UI on your smart TV then this article is for you. I will tell you the step-by-step process for how to install google tv Launcher on any android tv.

New Google TV comes with many new features and it will bring smartphones closer to the big screen don’t wait long. This article gives you in-depth details on how to install google TV launchers on any android Tv.

How to install Google TV launcher.

Before we get started keep in mind your android tv must be running Android 9 or above to install google tv and you will need the latest version of the Google App for Android TV and Google TV APK (Launcher X) to download both APK links are given below.

After Installing done you probably seeing the loading error on the home screen card is because Google Tv is not currently working in India since google only launched this only in US regions. To work this we obviously need a Working VPN to connect TV To US Server. I used Windscribe VPN for android Tv you can use any VPN for android Tv and then connect to the USA Server.

Keep in mind after connecting to the server restart the Launcher and the error is gone now you will see personalized cards based on US regions.

This Trick work until the new Chromecast not officially launched in India or the manufacturer bring updates of Google TV UI.

If you found Google Tv satisfying and working well for you then you have to set the default on your TV  in order to set default you have to replace Old launcher with a google tv launcher.

If those commands work you will see a “Success” message on the ADB shell.

Now click on the home button from your android tv remote it will take you to the default google Tv launcher home.

The redesign setting menu required a firmware update from your manufacturer until then you can enjoy the Google Tv Experience on any android Tv. 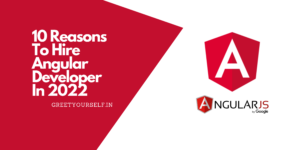